Rise of the Little Fairy Painting by Tiago Azevedo 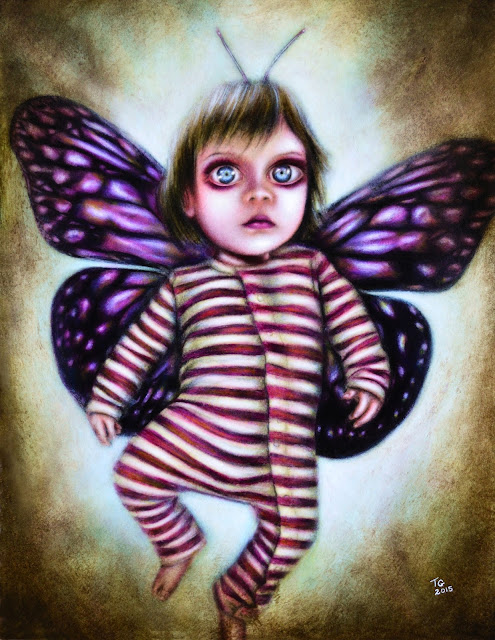 Rise of the Little Fairy Painting by Tiago Azevedo

Set at twilight in a dark wood this scene represents the first flight of an infant fairy painted in a pop surrealist style. All is rendered with breathtaking, meticulous attention to detail, the woodland scene with imaginary fairies, making a link with ancient Celtic beliefs, folklore, and chivalry in a typically mid-Victorian way.

Belief in fairies, folklore, and the world of the supernatural still held sway in polite society of 18th- and 19th-century . This also makes an allusion to the fairy rade or parade of fairies with the changeling legend, where fairies would carry off a new-born, leaving a fairy baby as a substitute.

Various folk theories about the origins of fairies include casting them as either demoted angels or demons in a Christian tradition, as minor deities in Pagan belief systems, as spirits of the dead, as prehistoric precursors to humans, or as elementals.