Prayers of the Virgin Painting by Tiago Azevedo 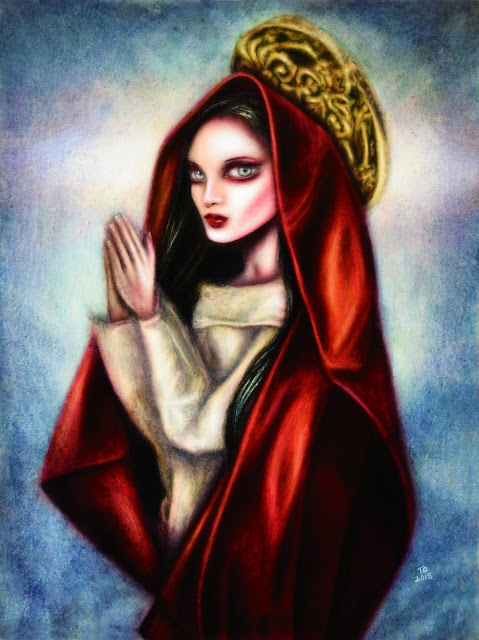 Prayers of the Virgin Painting by Tiago Azevedo

A pious devotional image of the Virgin Mary with sharply defined shadows in chiaroscuro and sculptural modeling of this Madonna in prayer painted in a pop surrealist manner, which is a classic example of the renewed emphasis that the Counter-Reformation Catholic Church placed on the importance of devotion to the Virgin Mary.

Placed adjacent to a heavenly sky, a Madonna acts as a powerful aid to prayer and meditation with her intense expression. This painting relates to a number of versions of this subject reminiscent of the flourishing devotional market of Counter-Reformation Rome, which is generally datable to c.1640–50.

In the Catholic Church, prayer is the raising of one's mind and heart to God or the requesting of good things from God. It is an act of the moral virtue of religion, which Catholic theologians identify as a part of the cardinal virtue of justice. Prayer may be expressed vocally or mentally.