Louie XIV and the Sun Painting by Tiago Azevedo 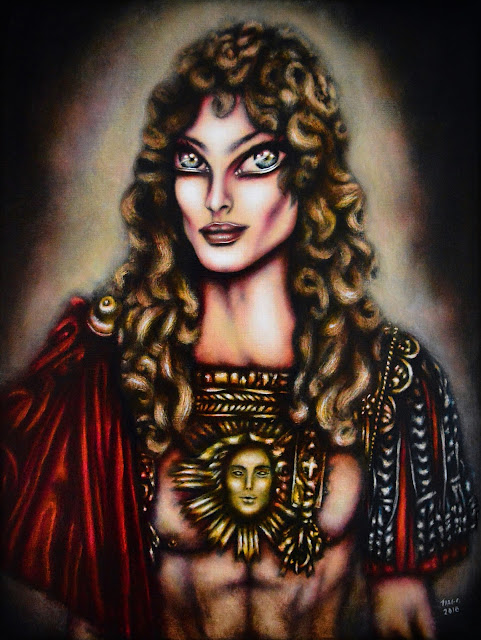 Louie XIV and the Sun Painting by Tiago Azevedo

A loose likeness of the king depicted in a pop surrealist manner, where the purpose here was is to express Louis's character and to glorify the monarchy. A half-length format, this portrait of Louis XIV's ceremonial robes, elegant stance, and haughty expression proclaim his exalted status. Despite the expanses of canvas the focus is to describe the king's costume in great detail, even down to the face of the sun on his chest.

Louis XIV called himself the Sun King and his reign is famous for the extension of absolute royal rule and the building of the palace at Versailles which seemed to summarise his reign. He was born in 1638 and became king of aged 5 on the death of his father.

This King brought the French monarchy to its peak of absolute power and made the dominant power in . His reign is also associated with the greatest age of French culture and art.