Joan of Arc at the Battlefield by Tiago Azevedo 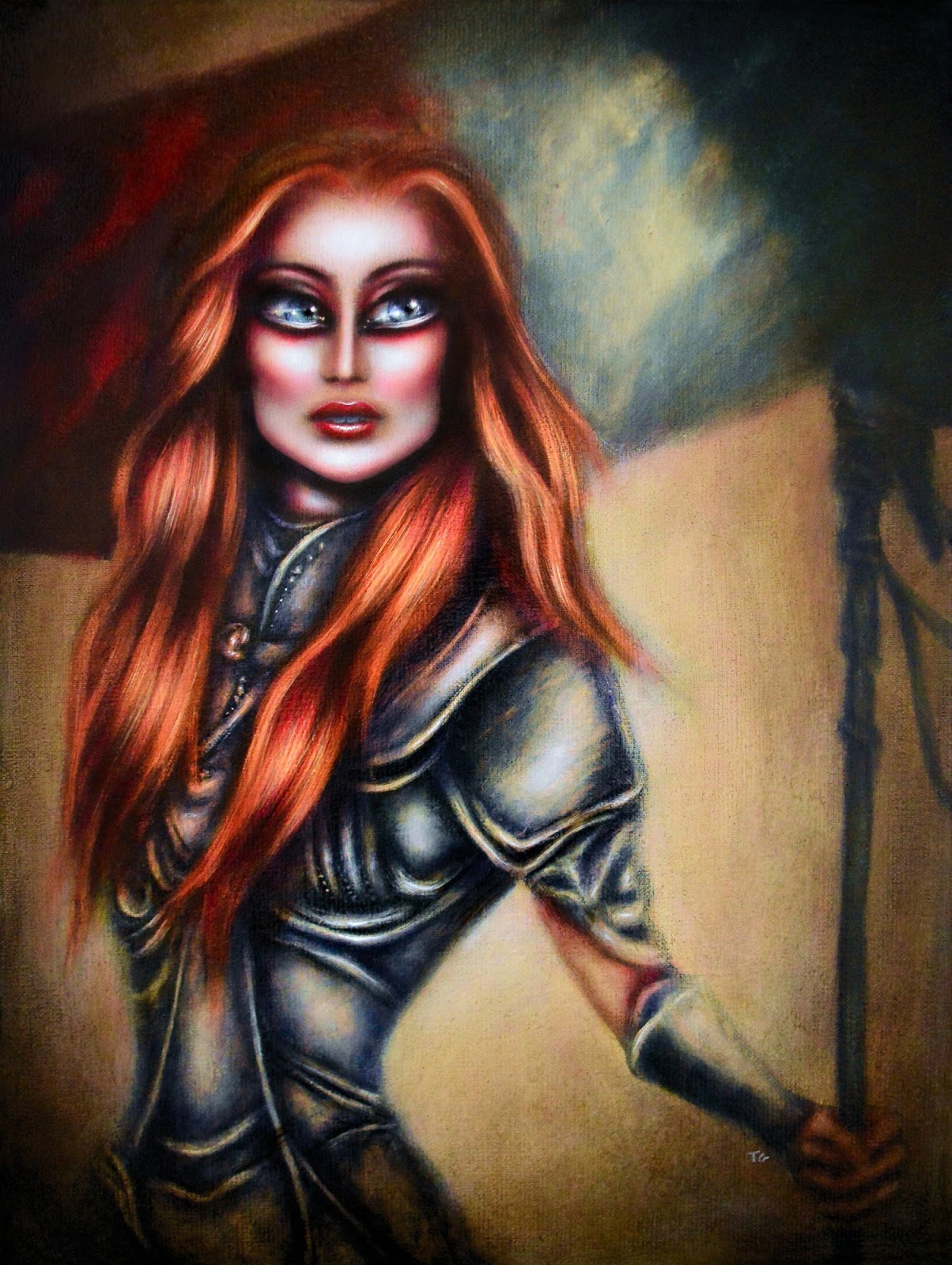 Joan of Arc at the Battlefield 🇨🇵
Joan of Arc is a girl who is a hero of the French state. She was also the commander in chief of the troops. In this painting, she is strongly holding the flag of France expressing a powerful will and determination still maintaining her femininity and sensuality on the battlefield.
The plot described in the painting occurred in March 1429. One day, the holy virgin came to the dauphin of France and announced that he would become the governor and be crowned before the King of Heaven with one king. This historical event will happen in the city of Reims.
Three months later, the prophecy of the saint was fulfilled, a coronation takes place in the city of Reims. This event proclaimed the state independence of France. The entire population enthusiastically accepted the new king. Unfortunately, the fate of Joan of Arc was tragic, as it was burned at the stake. She was captured and handed over to England. Those recognized her as a heretic. Then followed a public burning at the stake. After a while, the virgin was canonized, canonized, and rehabilitated. 🇨🇵 www.tiagoazevedo.com 🇨🇵
Publicada por tgoazevedo à(s) 09:18