The Trial of Marie Antoinette Painting by Tiago Azevedo 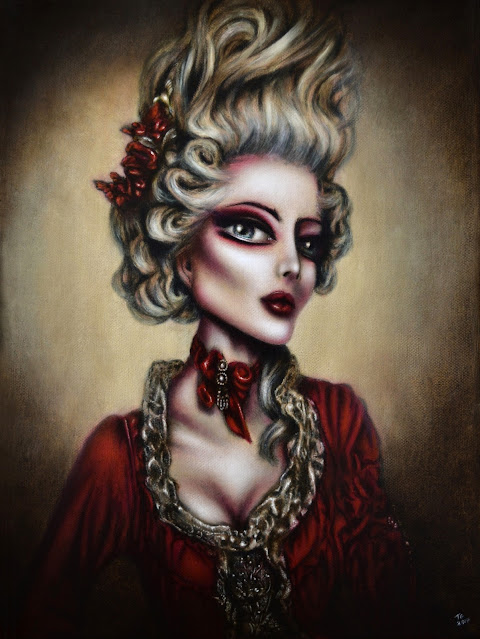 The Trial of Marie Antoinette Painting by TiagoAzevedo

A new portrait of the Queen wearing the Gaulle or blouse dress. Adapted to Parisian fashion by the dressmaker Rose Bertin, this muslin dress was the Queen’s favorite one during her stays at the Petit Trianon, away from the court. The Queen is in an authority pose with a sensual and flirtatious gaze in a classic red silk dress, marking the implicit support of Marie-Antoinette for the silk-weavers of depicted in a pop surreal way.

She was born in in 1755and she married the future French king Louis XVI when she was just 15 years old. In 1793, the king was executed, then Marie Antoinette was arrested and tried for trumped-up crimes against the French republic and was convicted and sent to the guillotine. This is a sad ending to such a luxourious and lavish life, showing that we should appreciate all the good we have for nothing is certain except who we are.