The Gaze of Queen Cleopatra Painting by Tiago Azevedo 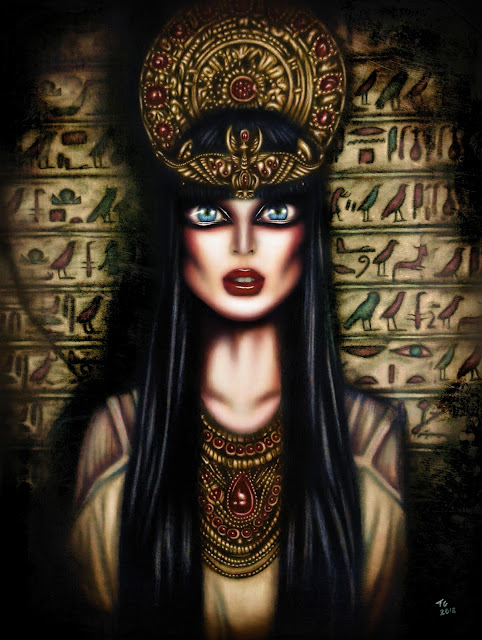 The Gaze of Queen Cleopatra Painting by Tiago Azevedo

Cleopatra, Queen of Egypt and one of the most famous female rulers in history, partially clad in an opulent white and gold embroidered gown, jeweled girdle, and crown at the center of a splendid palace decorated with hieroglyphs and marble. This painting has a delicate brushwork and a jewel-like palette.

Here the concept is to show her mesmerizing glance that seduced two of the most powerful rulers of the in a pop surrealist style. She is almost surprised to see the viewer, this surprise effect can be related to the fact that she is leaned in front of a wall to frame her royal pose. This shows a contrast between her great power and the vulnerability in her expression.

Cleopatra had good reason to be concerned that would try to take over . She worked hard to create strong alliances with 's leaders. She offered them her financial support and resources such as grain, warships and soldiers. was an extremely rich country, and began to depend on its wealth.