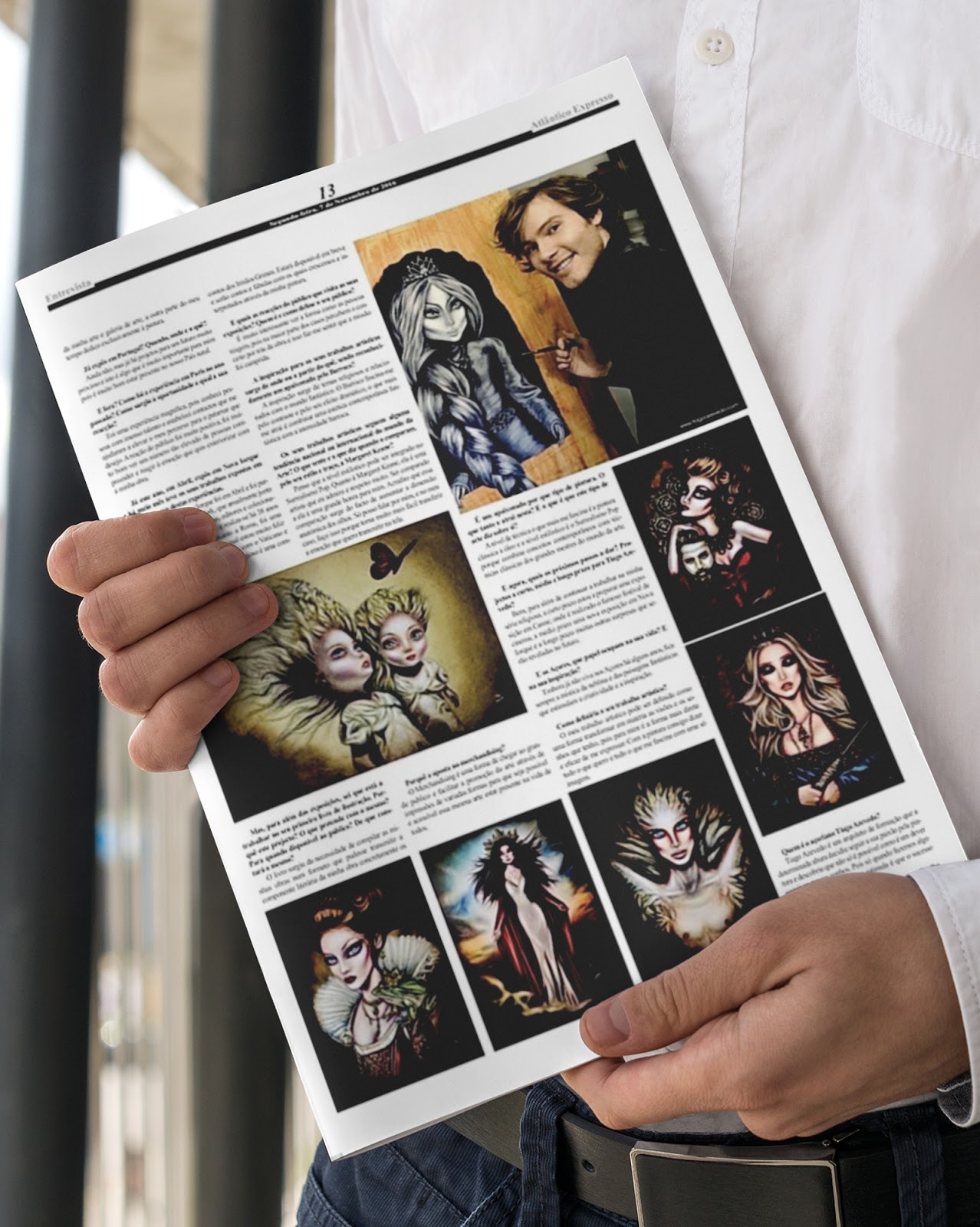 'The Tales of the Brothers Grimm' is the title of the first book by the painter and architect Tiago Azevedo.

With an extensive international career that led him to exhibit his oil paintings in Paris, New York, Rome, Cannes and Dubai, the 35-year-old Azorean also has a journey as an author, with the edition of this book.

Although he has not lived in the Azores for several decades, where he was born, the mystique of the fog and landscapes of the archipelago remains one of his great sources of inspiration and creativity. This element, together with the German folklore that he came to discover over the years, with its traditions, superstitions and legends, that led Tiago to paint a series of oil paintings, which he has decided to publish, together with a translation of the original version of tales.

“This book arose from the desire to compile my oil paintings in a format that could convey the literary component of my work, in this case the stories by the Brothers Grimm. I have always been passionate about fables, the imaginary and the fantasy inherent in these stories. In this book I condense all the magic of stories through my paintings, portraying their characters the way I always imagined them. Being close to Christmas, my favorite time of year, it becomes even more special. I feel the book as a gift that I share with people ”, explained Tiago Azevedo.

The launch of ‘The Tales of the Brothers Grimm’ took place on November, at the Foz Palace, where some of their original works were also be exhibited. It is on sale in several bookstores and outlets such as Fnac, Bertrand, Wook, Almedina, Bulhosa and El Corte Inglés. The ebook can be found on Amazon, Apple iBookstore, Barnes & Noble, Sony, Kobo, Diesel ebook Store and Baker & Taylor.

On his YouTube channel, Tiago Azevedo frequently publishes videos with his painting techniques, as well as biographies of the great masters of art, from Frida Kahlo to Salvador Dali and Albrecht Dürer, in a series of episodes dedicated to art history. 🧜 www.tiagoazevedo.com 🧚
Publicada por tgoazevedo à(s) 09:45