Ecce Homo Presented to the Crowd Painting by Tiago Azevedo 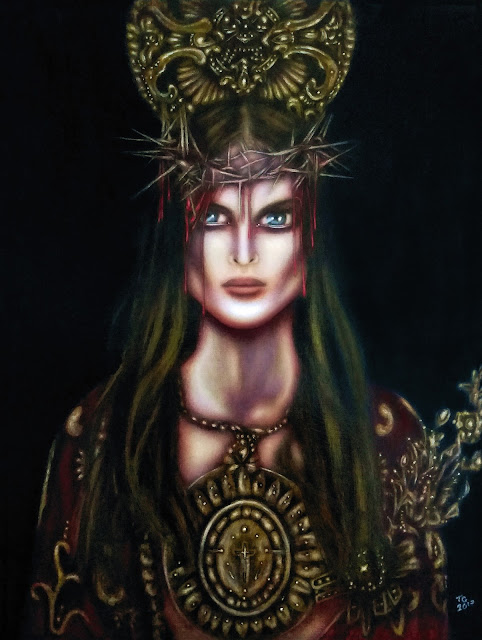 Ecce Homo Presented to the Crowd Painting by TiagoAzevedo

Ecce Homo is a depiction of the flagellated Christ presented to the masses by Pontius Pilate, whose visage, at the upper left, is a study of disdainful indifference. Restrained by ropes, his face bowed in gentle acceptance of his fate. Christ's nude body contorted with a physically impossible but not inelegant torsion is bathed in a golden light.

Consistent with the spiritually instructive goals of ecclesiastical art of the Counter-Reformation, everything in this painting is intended to heighten its emotional charge and to underline especially the contrast between the noble pathos of Christ's suffering and the black background which also informs the compositional structure don in a pop surrealist way. There is no illusion of deeply receding space in an atmosphere of dramatic emotionalism and expansive theatricality with a soft, light brushstroke.